Explaining Each of the Grounds for Getting a Divorce in Singapore

Singapore’s official statistics on marriage and divorce shows a 1.2 per cent increase from the previous year. Under Singapore divorce law, there is only one possible ground for divorce: the irretrievable breakdown of your marriage. When you file your divorce papers, you will need to establish that you have legal reasons (or complaints) under the Women’s Charter for divorce.

One of the five facts listed in Section 95 of the Women’s Charter can illustrate the need for divorce in Singapore. Establish any of the five circumstances to convince the Singapore court that your marriage has suffered an “irretrievable collapse” and will issue you a divorce. These are the five facts:

Of course, cheating on a spouse is the most apparent reason for divorce in Singapore and worldwide. If you feel it unbearable to remain with your partner after they’ve committed adultery, you can file for divorce amicably. There must be intercourse with a third person for the reason to occur. If there is physical contact but no sexual intercourse, it is not adultery. If agreeing to split peacefully is not working for you, the best option is a trial.

You will, however, need to gather sufficient proof to show adultery, as your partner is unlikely to confess it. And retaining evidence can be a challenging undertaking in and of itself.

Most individuals resort to hiring a Private Investigator (PI), but the fees can be so costly that you wind up spending more than the expense of the divorce itself. Working with a qualified attorney can assist you in identifying various potential divorce grounds in Singapore, such as unreasonable behaviour.

In 2019, the top reason among women filing for divorce was the “unreasonable behaviour” of the spouse. In 2016, 53.7% of all divorces cited this as the factual basis for the divorce – making it the most common reason in Singapore for undergoing a divorce process. Some of the reasons that can fall under this are:

#3 Desertion for at least 2 Years

Prove that your partner abandoned you without your consent or a valid cause, intending to end the relationship. You may be able to utilise desertion as a ground for divorce when applying for a divorce. They must have abandoned you for more than two years in the past 2.5 years, and you may have lived together for up to six months during that time.

You must demonstrate that your spouse abandoned you for at least two years before the start of your divorce procedures. Your side can demonstrate the desertion by proving that your spouse packed up and left the house. They should also show no intention of continuing the marriage. However, even the best divorce lawyer in Singapore seldom uses it in practice.

#4 Separation for at least 2 Years

You and your spouse must have lived apart consistently for two or three years before the Singapore divorce process is in motion. They must also consent to get a divorce at the Singapore court. It is a no-fault divorce basis that many couples utilise when they wish to part up amicably.

One prevalent myth is that divorce is automatic after three years of separation. Unfortunately, it is not automatic; you must still submit documents to acquire a divorce.

#5 Separation for at least 5 Years

You can petition for divorce in Singapore for this reason if you have not lived with your spouse for at least five years, even without their consent. Your spouse’s agreement to divorce is also not necessary.

However, the obligation to show the irretrievable collapse of marriage using the two reasons mentioned above is eliminated by the 2020 Act. Instead, you can use a declaration signed by one or both spouses to prove the split. There is no need for further proof to establish that the marriage has ended.

Other Causes for Irretrievable Breakdown of Marriage

Other reasons you can cite to prove the irretrievable breakdown of a marriage are as follows:

Couples that marry at a young age are more likely to file for divorce in Singapore or worldwide, especially in the early years of their marriage. According to recent study data gathered by the Ministry of Social and Family Development (MSF), the divorce rate for married couples aged 20 to 24 is double that of those aged 25 and up.

It’s because young couples are often less financially stable and lack emotional persistence. During the early phases of their love, people tend to overlook the warning signs, only to learn a few years later that they lack the resources needed to make a marriage work. 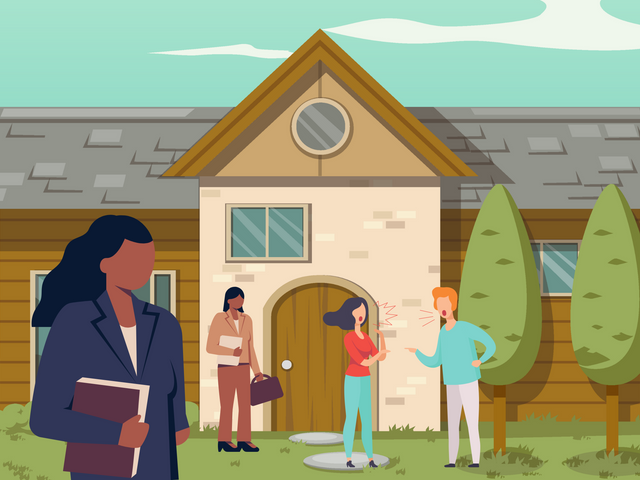 #2 Lack of Intimacy Between Spouses

One of the most prevalent grounds for divorce in Singapore is a lack of physical or emotional closeness between partners. When there is a lack of sex or passion, a marriage may become less appealing than it once was.

The presence of children might offer couples a reason to stay together in some circumstances. However, failing to maintain that passionate spark can indicate the beginning of the end of your marriage.

#3 Failure to Communicate as a Couple

Good communication is the foundation of a strong marriage. Lack of communication or adopting unhealthy means to express yourself, such as screaming and making insulting words, might put your union to a halt. Many divorce procedures in Singapore and worldwide become longer due to this reason.

When a couple is always short on funds, they are more likely to endure stress and anxiety. It can lead to significant quarrels and conflicts.

Aside from a shortage of funds, financial arguments about money are the foundation for conflict that tears a family apart.

When a spender marries a saver, for example, conflict is unavoidable. Such a couple is prone to have disagreements with each other about financial planning and excessive spending. If this continues for an extended period, they may go separate ways.

Consider the lawyer fees for your divorce. Getting a gruelling divorce procedure can make all types of fees pile up. Lie Chin Chin aims to have a clear understanding of your needs and expectations for your divorce. They provide the opportunity to discuss the way forward with your lawyer before you choose to proceed with the Singapore divorce process. Lie Chin Chin is transparent with your divorce in Singapore and provides accurate cost estimates.

How do I avoid living paycheck to paycheck?